The Revenues of Helion S.A.

Helion SA Publishing House is one of the most dynamically growing publishing houses in Poland — in 2009 our revenues increased by 2% comparing to previous year, totalling 35,84 mln zlotys ― of which as much as 7,06 mln comes from the sale in Helion’s own internet bookstores. 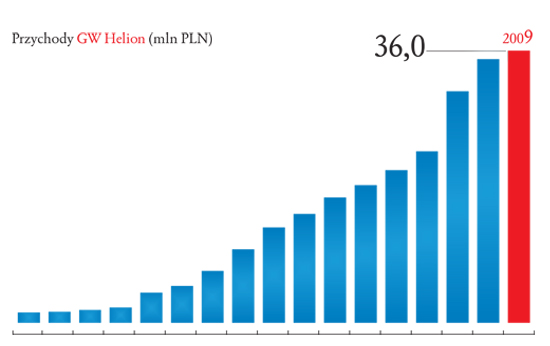 Not only the revenues have sky-rocketed. The tendency is also very similar for the print-runs—the number of sold copies increased by 73% and in the year 2009 amounted to
2,18 mln copies.